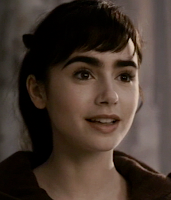 Seriously???? Did not one single person in the entire spanking community see the movie Mirror Mirror? It's not even that bad of a movie- it's quite good actually! Julia Roberts is horribly miscast, but that aside, the movie is cute, and funny, and the girl playing Snow White (Lily Collins) is beyond words beautiful and the Prince is well, dreamy as all fuck.

AND THERE IS A SPANKING SCENE!!!!!

How did I not hear about this before??? And, then, when I googled it, not only could I not find a clip, I couldn't find one single mention of it in the community. Just a couple vanilla blogs talking about the movie and that didn't approve of the "John Wayne like throw back spanking."

Well screw them because this scene is both adorable and hot as hell! I really don't want to ruin the movie for everyone (since you are ALL going to go rent it now) but I think this is basic Snow White type plot... a bit different from the norm for sure, but not too bad of spoilers... but just in case 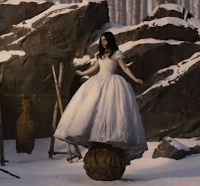 So, we have already had some adorable interactions between Snow White and the Prince, but you will have to watch the movie to see them. Snow White is basically an uber good girl, and the Prince seems like he could be a bit of a pompous and presumptuous ass. She likes to make him say please for things. :) And he keeps ending up without his shirt *grins.* It's lovely.

So Snow has run away and is now living with the Dwarves who are bandits on stilts... yes stilts. The Prince was attacked by them at the beginning of the movie, and he is embarassed that he was mugged by dwarves! And now the Queen has been robbed, the Prince has been told Snow is dead.. yadayada.. WATCH THE MOVIE

There was a fantastic montage where the dwarves teach Snow how to be a bandit, and how to fight, and she looks adorable and somehow so sexy in her bandit outfit. In the montage she gets her butt smacked by the hilt of a sword a couple times during training which is a nice prelude to the main scene.

So the Prince comes with some men to capture the dwarves, but they are ambushed and Snow is now working with them and she ends up fighting the Prince! Who thought she was dead! And she is so mad that he is working for the Queen. His initial statement that he can't fight her becasue she is a girl is quickly overlooked when she does keep fighting.

And she tries so hard! But this is a sweet and determined girl with like a week of training versus a very tall, strong and strapping Prince who spent his life training. The scene is so hot in my opinion. It's one of the only times a sort of arrogance is sexy. It's an indulgent type of arrogance. Not to mention all of the deliciously S&M type positioning they end up in as he commands her to yield. 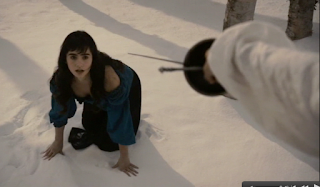 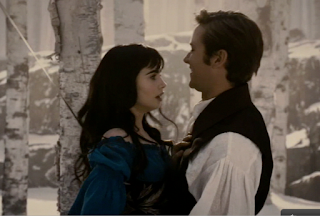 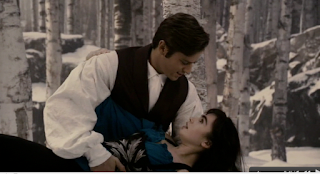 So he fights her, and at first is surprised she is doing so well, but quickly takes control back, and then just indulges her by allowing her to keep fighting. They are fighting but he isn't exactly trying very hard. And when she messes up, instead of taking her down or actually hurting her, he spanks her with the hilt of his sword! And they show a close up! And she squeaks and rubs her very round tush. Three or four times! 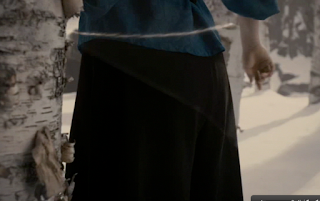 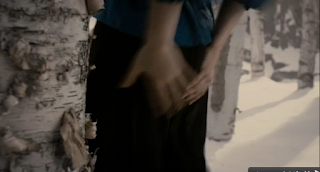 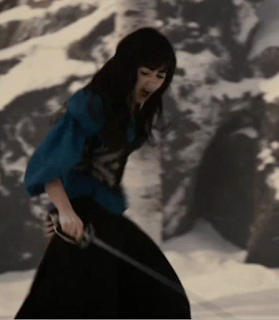 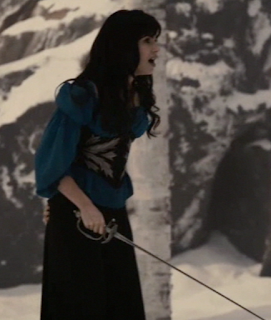 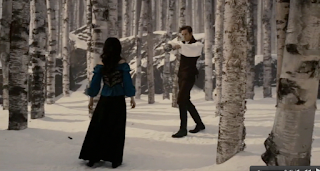 Now this would already be just so hot- and this has happened in other movies during sword training scenes, and it's always hot (ie. Brad Pitt spanking his cousin in the movie Troy *swoon- damn that movie is hot*) but it doesn't end there! Normally it just happens and there is never mention of it. But then they are fighting, and he has had enough (she actually cuts him) and I believe his words are something akin to "Alright, enough of this nonsense." And he immediate takes her sword. He tells her to submit and know that she has lost, and then while smirking asks, "Or did you not learn enough from your spanking?" 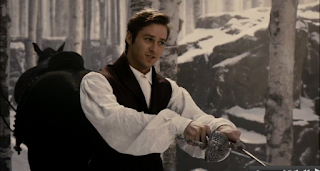 I was watching this with my roommate in Paris and was totally not expecting anything- we just wanted a lighthearded movie to watch together. I just about DIED. I already thought this guy was hot- and I loved him in his other roles as well- andd then he went and said that! I love that old fashioned dominant indulgence... very cowboy and superhero like. You let your lady pretend that she is strong and can do it herself until you are either bored or she is gonig to hurt herself, and then put a stop to it.

What I think is really interesting is that I remember thinking this actor (Armie Hammer) was hot when he came on screen and for some reason my brain associated him with dominance... I wasn't wrong. Fun fact though, and a good lesson for all the young men who are now thinking that I have gone back on my "arrogance is never sexy" line. I haven't. This actor was the Winkelvoss twins in the Social Network. That is the most unsexy arrogance EVER. This Prince is hot arrogant. Because he is still nice, and sweet, charming, well mannered, and does learn from Snow that there is nothing wrong with saying please. :) 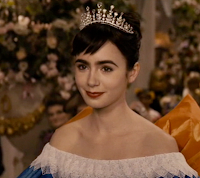 Perfectly beautiful, has the hottest Prince, learns to sword fight, gets spanked, and has the most awesome tiara ever (vintage Van Cleef and Arpeles, 72 Carats, and no cheap replica to buy, damnit!), and then she has one of my all time dream Daddies! Lucky bitch. :)

So yeah, I am in medieval castles all week, watched a Princess get spanked by a really hot Prince, and got to give into my exhibitionist streak some. So all in all, a really good week :)


Also, the Blue Hawaii spanking scene is not on Youtube OR Spankingtube! Such a travesty! Let's get on this team! I know somebody has that file on their computer. Don't lie. You know you do! lol :)
Posted by Kelley at 9:13 AM

Kelley
I'm a 24 year old recent-ish college graduate who has been interested in spanking my entire life, and is finally experiencing it. My personal life is currently quite complicated, but have had a few Daddies/boyfriends in the past who loved me and disciplined me and who I love more than the world . I am a fun, outgoing, intelligent nerd, and I can be a spoiled brat at times...ok most of the time. :)

Everything on this site, unless otherwise noted is my property and copyrighted. Do not use any photos, videos, or text without my permission please, and always credit and link back to me. I work very hard on this blog, and its totally free, so please respect me when I ask y'all to not take things that aren't yours. More than anything it is a privacy thing.

Blogs/Sites of Friends and the Industry